Posted at 10:23h in Uncategorized by Sabrina 2 Comments
0 Likes

May 29. The day before Memorial Day, the day we honor those who died while serving our country.

May 29, 2013 replays in my head over and over like a broken record. Dr. Brown’s words drip on me like water torture. “There’s nothing more we can do.” How can that be? Three weeks ago we talked about holding back radiation—our cannon—for when we need it. What about now? “It’s too late”. Too late!? “It’s growing too fast. There’s a third tumor and it’s getting big. Quickly.” Boom.

That was just five months and 9 days after getting hit by our own personal D-Day, when we heard the first heart-stopping words from Dr. Young. “There’s a large tumor in there.” Pow. 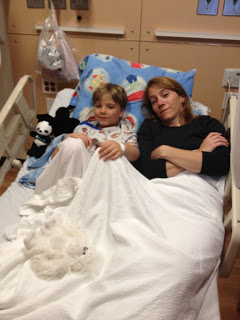 Four months and 22 days after May 29—our second D-Day—Sam died.

As a parent of a child who loses their battle against cancer, it’s as though you die three times: When they’re diagnosed; then again when they’re placed on hospice; and finally when they lose their battle and die. But there’s something particularly disconsolate about the day you’re told there’s nothing more that can be done.

After diagnosis, there’s at least some hope. When your kid gets diagnosed with an inoperable brain tumor, you know it isn’t good, but there’s hope. You do everything you can, think positively, pray and hope for the best. But May 29 took away almost all of our hope. It knocked the wind out of us. It seriously crushed us. 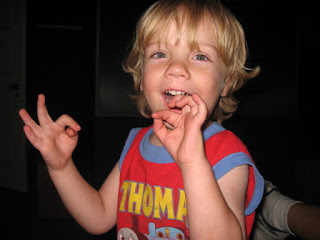 On the ride home even Sam lashed out, the first and only time he cried about his condition and this insidious monster that had invaded him and that was robbing him of his childhood—of his life. He screamed through tears: “It just seems like everything is just—just—impossible.” He didn’t know that he was now terminal, but he was reacting to the news that the tumors had grown and that there was now a third one. When Dr. Brown gave that news to him Sam said, very slowly and with deep sadness: “Wow. That’s surprising….because….I mean….we were actually thinking that the tumors were going to be this small”. And he held out his little hand and formed a tiny circle with his finger and thumb.

I was never so angry in my life. I felt like a complete failure. I had failed at a parent’s #1 job: protecting your children. I felt sickeningly helpless. I desperately wanted to save my son—I would have done anything to do so—but there was nothing left to do. A large piece of me died that day. And I’m not sure that piece will ever come back. 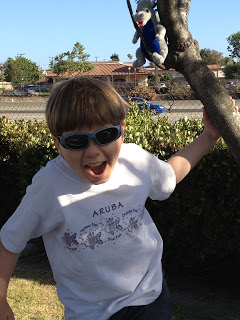 There are a lot of ways to deal with the loss of a loved one. Some of them horrible and self-destructive, and some of them positive and healthy. One of the things we have chosen to do, to channel what could otherwise be loads of negative energy, is to work through Sam’s Foundation towards a cure for pediatric cancers. Here’s the latest positive news on those efforts:Sam Jeffers Foundation Summer Fellow.

Vice President Joe Biden, whose own son died from a brain tumor, is leading an initiative–the National Cancer Moonshot Initiative—that hopes to make more therapies available to more cancer patients. Within this initiative, one of its areas of focus will be to intensify efforts to collect and analyze tumor specimens from the rarest childhood cancers, enlisting participation from the pediatric oncology community.

I sense that we—as a society—are at an inflection point and that we are on the cusp of making truly incredible discoveries that will breathe new life into efforts against cancer. Yet we must push forward, as hard as possible, right now. We have some momentum but we absolutely must keep going and in fact accelerate. The funding of the thalamic glioma Fellow at Weill-Cornell by Sam’s Foundation is just one way to do so. 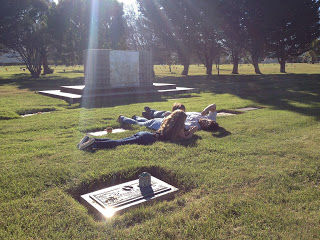 Sabrina and I would like to thank everyone who has been by our side over these last few years. It has made all the difference in how we have been able to cope with our loss. We also wish to thank everyone who has contributed time, talent or treasure to Sam’s Foundation. That is where we have poured much of our heart and soul these past few years as we strive to see to it that no other child has to meet the same fate as Sam. We thank you for fueling our passion.