Posted at 05:00h in Uncategorized by John Jeffers 0 Comments
0 Likes

April 2, 2005.  8:59 am.    We had just entered the hospital not much more than 10 minutes prior.  In fact, our official check-in time was 8:52 am.  While we were waiting for a room to be ready, Sabrina leaned against the wall, braving strong contractions and crying.  I finally managed to convince a nurse that we needed a room—now.  They hurriedly threw clean sheets onto an unoccupied bed and helped Sabrina get undressed and onto the bed.  A few minutes later—at 8:59 am—our third child’s beautiful face emerged.  The first of many memorable moments with Samuel Alexander Jeffers was in the record books. 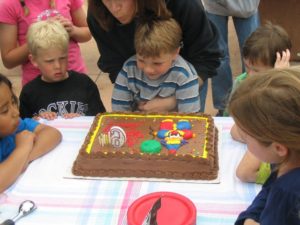 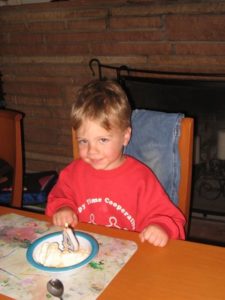 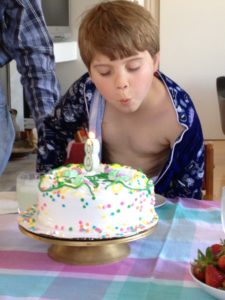 Sam had a real sense of humor and a way with words that would make you chuckle or shake your head.  I recall one day when Sam and his big brother Ben were playing a game.  “Sam, use your brain!” needled Ben.  To which the 4-year old Sam replied “Ben…I’m a BOY.  I don’t have a brain, I have a penis!”

Another time, immediately upon waking up, Sam blurted out: “My brain and heart just woke up…. but my eyelashes aren’t looking any good.”  And one day while eating breakfast: “Wow, when I drink this milk it courses through my body and makes me come alive.” 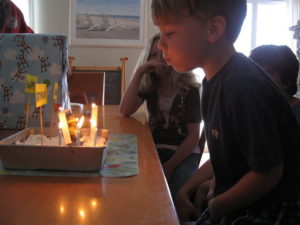 Just as Sam’s birth and sense of humor were not without drama, so too were other moments.  On a trip to Scotland—the last vacation or meaningful time we would all get to spend together as a complete family—Sam was having a grand old time running around outside a Scottish tea shop up in the rural hills outside Ullapool.  He decided to run down the long steep hill the property sat on and got up too much speed, running smack into a barbed wire fence.  Ouch. 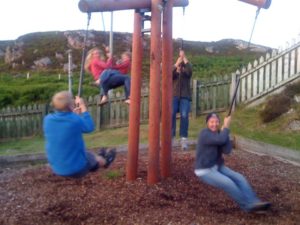 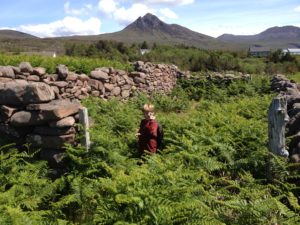 I rushed down the hill, picked him up and carried him up into the tea shop where the owner brought us into the bathroom.  We sat him down on the toilet and took off his clothes, revealing multiple cuts across his chest, arms and stomach from the barbs.  The shop keeper poured a liquid of some sort—the Scottish equivalent of hydrogen peroxide I believe—onto his wounds.  Sam’s eyes rolled to the back of his head and he began convulsing.  We held him and kept him safe until the convulsions stopped, then we gathered our things, jumped into the rental car and headed hurriedly down the mountain towards the town we were staying in.

In the end, an incredibly kind women who worked at the local health clinic saw us standing outside, let us in after hours, called the local doctor who came and treated Sam, and for the most part all was well.  Although we believe the two events to be unrelated, in my mind that incident will forever presage the horrible seizures Sam would have in the not-too-distant future, while dealing with the brain tumor that was diagnosed just three months later.

It’s funny—or perhaps not so funny—how life can throw at you unexpected events that test every fiber of fortitude, courage, faith and discipline that you can muster.  It has now been thirteen years since Sam was born—and almost five years since Sam died.  In retrospect, it seems unimaginable that everything we went through from Sam’s diagnosis in September 2012 to his death in October 2013 actually happened.  Perhaps in part because I have blocked some of it out, perhaps in part because the passage of time dulls our senses and clouds our recollection, but it was like a hurricane that left a trail of destruction in its wake.

I do know that in Sam’s eight short years of life—the seven glorious healthy years and the one tragic year alike—he had an incredible and lasting impact on us, those who knew him and, through his Foundation, many more who did not know him but who do now.  Sam’s Foundation has been able to support several important, ground-breaking research projects on the tumor that took his life, providing hope that in the future other children facing a similar prognosis might live. 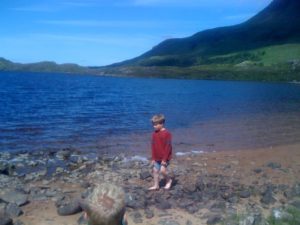 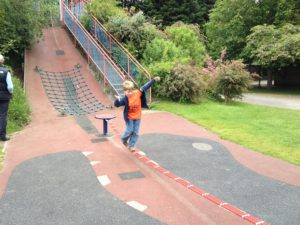 Sam would have been 13 years old today.  He would have been celebrating his bar mitzvah and engaging in a mitzvah project this year.  Now of course he can’t.  But we can.  Join the fight.  You never know when your actions or your dollar might be the cure for another human being.

Happy Birthday Sammy.  We love and miss you with all of our heart.