Posted at 08:17h in Uncategorized by Sabrina 0 Comments
0 Likes

Certainly a lot of things happened in those intervening years between Sam’s birth and death: some mundane; many truly spectacular, precious and cherished; and some ghastly and tragic. 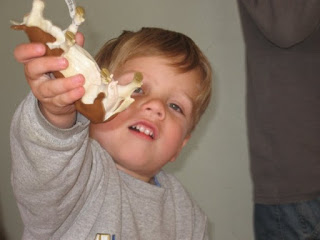 Sam should have had many, many more years to his timeline. Many more opportunities to experience the mundane and spectacular alike. Instead, Sabrina and I now mark the passage of time with memories and “celebrate” unfulfilled or incomplete milestones. We continue to honor his name and celebrate his life and spread the gifts he gave us through our work at the Foundation that we established in his name, whose primary mission is to eradicate childhood cancers by funding research.

Sam’s Foundation supports many childhood cancer research efforts and provides financial assistance for local families of children with cancer. As part of this overall mission, we are currently trying to raise money to fund a fulltime researcher at Weill-Cornell Medicine who will study thalamic gliomas—the deadly brain tumor that killed Sam. I would like to take just a moment to explain exactly why we support targeted research on specific—sometimes rarer—forms of childhood cancer. I believe that there’s something of significant importance to be learned from the rationale behind this kind of targeted research. 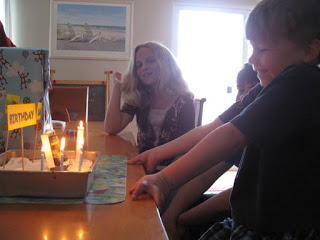 The obvious reason for funding research on thalamic gliomas is of course because that is the type of cancer that our son had, and which doctors were helpless to save Sam from—because there has been absolutely no research done on it until recently. Ten years ago if a family had an opportunity to fund research on thalamic gliomas, it is possible that Sam might be alive today. Even the loss of one child’s life is unacceptable to me, so if we can find a way to crack the code on this deadly brain tumor, and not have this happen to another child, every penny spent will have been worth it.

The second, perhaps less obvious but immensely important reason to support targeted research for childhood cancer is because of the fact that what we learn from doingso is very likely to have “spillover” benefits elsewhere in the broader fight against all cancers. Let’s take just one example.

Project Violetis a collaborative effort by Dr. Jim Olson and researchers at the Fred Hutch Cancer Center, in conjunction with Seattle Children’s Hospital. In their work devoted to rarer types of children’s brain cancers, Dr. Olson and his team pioneered something calledTumor Paint, which acts as a “molecular flashlight” by chemically adhering to cancer cells and causing them to light up. Thousands of times more sensitive than MRI imagery, Tumor Paint enables surgeons to easily distinguish between deadly cancer cells and the surrounding healthy tissue, making tumors more operable. This amazing discovery came about because of the dedication of researchers spending their time solely devoted to vigorously searching for a cure for children’s cancers, especially rarer and deadly children’s brain tumors. Now the entire world stands to benefit from their discovery. 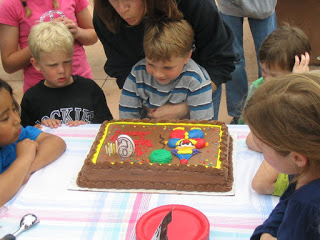 To illustrate the importance of this, and using the theme of our Foundation’s motto “Cooking up a Cure for Childhood Cancer”, an analogy might be that if you are trying to perfect a recipe for veal piccata, in the process you are likely to learn a lot about cooking Italian food in general. Further, what you discover from the Italian cooking might very well help you in the preparation of your next Mexican cuisine masterpiece. The ratios and blends of oregano, garlic and coriander in the veal dish might prove fertile grounds for exploration for the next culinary experiment.

What we as a society have been doing to date in the battle against childhood cancer has not been as effective as it should be. The same poisons we use to treat the 65-year old woman with breast cancer and the same radiation we use on the 75-year old man with prostate cancer are not necessarily suitable for the 6-year old little girl with Ewing’s Sarcoma or the 8-year old little boy with a brain tumor. In fact, in some cases, the treatments themselves are—literally—deadly. Just because we discovered fire and use it as an important tool in the cooking process does not mean that we suddenly know anything about making a great veal piccata.

The same tools we use in the battle against adult cancer do not necessarily “trickle down” to benefit children’s cancers; yet, as the Project Violet example shows, discoveries and advances made in the fight to overcome childhood cancer can and do “trickle up” to adults. We have spent billions and billions of dollars for adult cancer research and invested an embarrassingly small amount on childhood cancer. 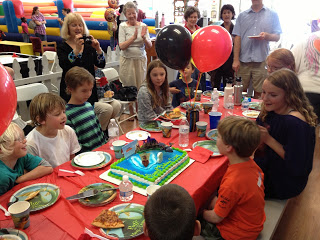 In the end, the fight against childhood cancer that we are waging is not just about Sam. It’s not even just about children. When Sabrina and I ask for contributions to Sam’s Foundation, what we are asking for is help in fighting cancer. Yes, we are driven passionately by the desire to eradicate cancer in children for obvious reasons. It pains us greatly to see children with this disease suffer or die—pains us indescribably and immeasurably. Ultimately, though, this is about all of us—our children, our grandchildren, our neighbors, our parents….you.

Please do what you can to join in the fight. If you would have given Sammy a birthday gift this year, please consider a gift to his Foundation. And consider it a gift from you to the world. 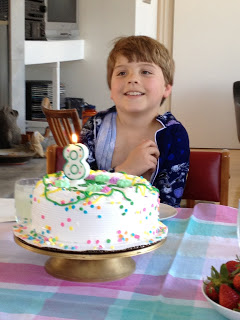