Posted at 11:57h in Uncategorized by John Jeffers 0 Comments
0 Likes

Five years ago today our son Sam died from a brain tumor at the age of eight.  Just 13 months earlier he was diagnosed with a bi-thalamic glioma, which is a rare and presently incurable childhood cancer.

It doesn’t get any easier with the passage of time.  Some days are better than others, true; but there are just as many “some days are worse than others”.  Let’s be honest—the death of a child is never going to be easy or something you get over. 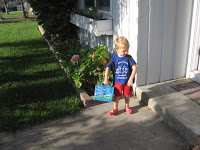 supporters—we have been able to accomplish things that I know would make Sam proud.

Seven decades ago  Dr. Sidney Farber at Boston Children’s Hospital did pioneering work on childhood leukemia, which at the time was essentially a death sentence for those who contracted it.  Dr. Farber is widely regarded as the father of modern-day chemotherapy. For all its shortcomings, chemotherapy has been responsible for saving millions of people’s lives—children and especially adults—from the effects of myriad cancers.   And it came about primarily due to the efforts of researchers devoted to finding a cure for children afflicted with leukemia.

Fast forward to today and the lab of Dr. Mark Souweidane at Weill Cornell Medicine and the work of the Children’s 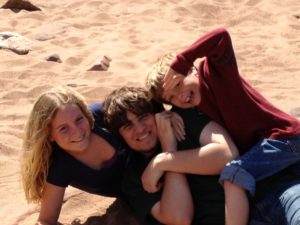 Brain Tumor Project.  Dr. S is helping pioneer in children’s cancer treatment something called convection enhanced delivery, where he has been able to inject therapeutic agents across the blood brain barrier directly into the site of children’s brain tumors, achieving concentrations nearly 1000 times greater than traditional IV chemotherapy.  If Dr. S’s work continues to prove as successful as it has to date, the implications could be vast, not just for children with rare and deadly brain tumors but for any medical condition where direct delivery of medicine to the brain might prove beneficial—think Parkinson’s, epilepsy, dementia, Alzheimer’s and many other ailments.  Once again, we see pioneering work being done on rare childhood cancers potentially benefiting a broad swath of the human population.

For decades we have been fighting this battle against cancer in some respects backwards.  Of the billions of dollars we spend annually on adult cancer research, seldom does that money trickle 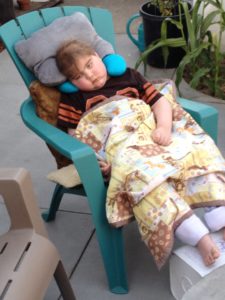 down to benefit children, because children’s cancers and their bodies are different.  Currently, one in five children diagnosed with cancer die within five years and of those who live, up to 75% suffer significant long-term complications from the very treatment intended to save them.

But—here’s the critical point—money spent on childhood cancer research can and does trickle up to benefit adults and society as a whole.  That’s what Sam’s Foundation is all about. We exist to help fund cancer research intended to save the lives of children who currently face death sentences from their cancers while at the same time offer hope for long-term, far-reaching translational benefits to society as a whole.

It is our deepest desire for Sam’s death to have not been in vain.  If collectively our efforts can save the life of just one other child such as Sam, I would consider all our work to have succeeded.  And with increased awareness and funding, we are of the opinion that this goal is not a question of if but when. 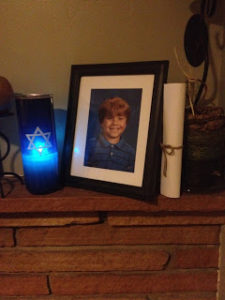 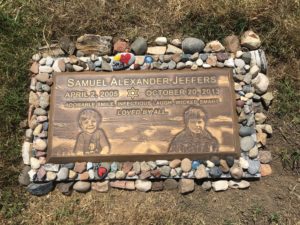